Back to all Events

Six Years in the Illinois Territory 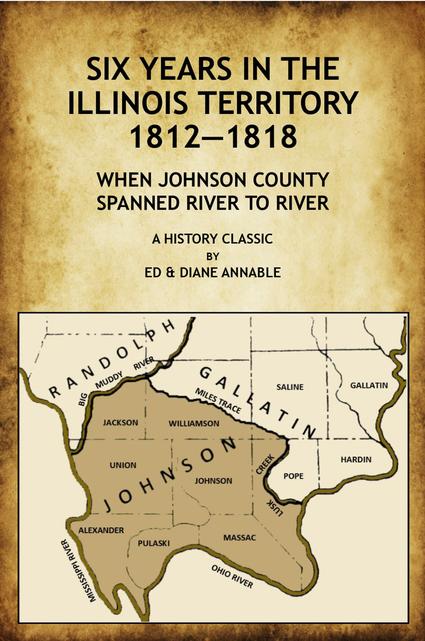 SIX YEARS IN THE ILLINOIS TERRITORY

When Johnson County was created in the Illinois Territory, its boundaries were from the Mississippi River on the west and the Ohio River on the east and south.  Its northern boundary included what is now the cities of Marion and Carbondale, Illinois.

The pioneers who entered the wilderness had to carve out their own homesites.  They struggled with the wild and the Indians, in order to establish a place to raise their children and the produce of their small farms.  They built cabins from the great forest trees that covered most of the area.  Their small areas cleared for farming became their only means of sustenance.

This 353-page book brings the history of the area alive with short stories; making history fun to read.  The stories of the pioneers who lived in the wilderness of the Illinois Territory are set against the historic events that brought changes to the fledgling territory that became a state in 1818.  This is the story of the people who first settled the south end of Illinois.

We ❤ group tours To schedule a group tour (10 or more people) please call us!