“John A. Logan may be the most noteworthy nineteenth century American to escape notice in the twenty-first century.”
– Historian Gary Ecelbarger 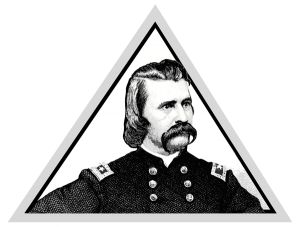 John A. Logan was one of General Grant’s favorite officers and remained his lifelong friend. Mark Twain found him to be a “mighty stirring” public speaker and he was one of Illinois most powerful senators. Logan supported Slavery in the South but after the Civil War became a staunch advocate for African American Civil Rights. In addition, he founded Memorial Day as a national holiday. Logan is even named, along with Lincoln and Grant in Illinois state song. Despite all of this, not many people today know the important part Logan played in American history.

What pushed John A. Logan from becoming Abraham Lincoln’s bitter rival to campaigning for Lincoln’s re-election? How does an avid racist and author of Illinois’ Black Laws become an advocate for African American Civil Rights and education? Visit the General John A. Logan Museum and maybe you will better understand why Frederick Douglas said of Logan that there was no public official, “I would more fully and unreservedly trust the cause of the colored people of this country, or the cause of any other people, I do not know him.”